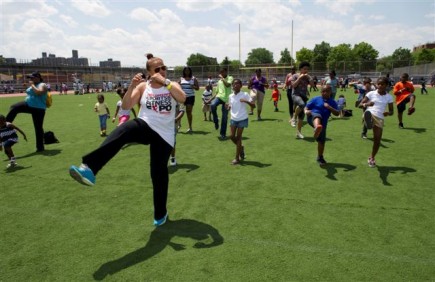 With the holidays upon us, the risk of overeating and not exercising enough is huge. But a new study shows that even just a moderate amount of daily exercise can make a significant difference in longterm health.

Researchers at the University of Bath found that people who were otherwise completely sedentary and overate had far fewer health complications if they exercised daily. In the study, published in October in the Journal of Physiology, researchers showed how they studied the behaviors of young, fit men. They put them into two groups and told both groups to overeat and cut down on their movements for a week. One group was told to run on a treadmill for 45 minutes a day. The other group did nothing. Even in as short a period as a single week, the results were striking: The completely sedentary group already demonstrated deteriorating health while the group that worked out daily had almost no ill effects from the eating binge.

The message from this is clear: Although eating in moderation is always key to good health, if you keep up daily exercise it can help during periods of indulgence. Exercise is critical to good health.