Live Light Live Right has many families we have worked with over the years.  Here are three inspirational stories to watch.

Listen to how Angela and her daughter’s lives have been changed from being a part of the Live Light Live Right Program.

Listen to Damarius’s success story. He has been with Live Light Live Right for the four years.

Live Light Live Right has partnered with the Brooklyn Hospital Medical center expert team of surgeons to offer weight loss surgery to Teens and youth suffering from severe obesity and its complications and have been unable to lose weight successfully with diet and exercise.
This is an excellent option for those who are motivated to take the next step and get their life back together
Please visit the website for the weight loss center and hear from one of our own her success story.
If you are 16 years or older and are considering weight loss surgery please contact Live Light Live Right program at 718-221 -1598 to make a medical appointment for a complete evaluation and referral to the surgical team.
Click here to watch one of our success stories.

Chastity is a 15 year old female who has been in our LLLR program since July 2010. Her BMI was significantly elevated at 44.44 in July 2010 and this lead to her developing a kidney dysfunction. The doctors at LLLR explained to her the need to change her lifestyle and become physically active if she did not want to go on dialysis. She had a kidney biopsy in November, 2010 when she was diagnosed with Focal Segmental Glomerulosclerosis Stage I. Chastity and her mother decided to take this advice seriously. She has been following the medical and dietary advice such as, cutting down her juice intake, increasing fiber intake and increasing her intake of vegetables and fruits. She has also increased her physical activity which helps her in being an active member of girl scouts.

END_OF_DOCUMENT_TOKEN_TO_BE_REPLACED

Once a shy and quiet young man Niche Bryant quickly became the leading fitness participant at the Camba Beacon Live Light Live Right Program. Niche started the program January 2014 and struggled heavily with the exercise. As time passed, I watched Niche quickly progress. He went from being a participator to a motivator in the blink of an eye. He was so motivating that even the adults found it hard to keep up with him, but they try their best. You can see in his exercise sessions he loves and excels in them.  His favorite workout is the obstacle course which consists of moving quickly through a variety of exercises, i.e. sprinting, jumping jacks, push ups, squats, burpees, etc. When he is not at our program Niche is an avid reader and writer. He strives at keeping his mind, as well as his body fit. He takes all that he has learned from our LLLR workouts and implements them into his school gym classes. In addition to doing that he has brought those workouts home to his family.  His family is one of the strongest support systems I’ve seen. Just as Niche is dedicated to his health and wellness, the Bryant family shows the same dedication to helping him reach his goals by participating as a family.  They keep close contact with his trainers and makes sure he attends his appointments for regular check ups. With his mindset, determination and commitment to his health and wellness, Niche Bryant is quickly becoming an unstoppable force in the Live Light Live Right program. He continues to show us that with a little faith, courage and support, there is nothing he can’t do!!! 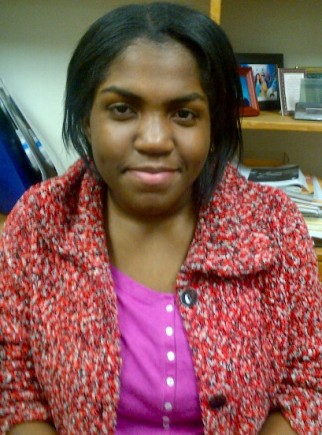 Tanisha is 15 years old and has been in our program since 2012. When she began her journey she weighed 189.5 lbs, her height was 5 feet 1 inches tall and her BMI was 34.4. Her doctor, Dr. Coulanges, referred her to our program because she wanted to change her lifestyle. Tanisha was motivated to lose weight and improve her eating habits to improve her health. Another big motivator: she was going to be starting high school that year.

She eliminated soda, cakes, cookies (except for special occasions) and junk food from her diet. She also stopped eating after 6 p.m., started drinking lots of water and exercising more. One of the great things that she learned and has implemented was reading food labels. This has really helped her to make the right food choices.

She said her friends have really noticed the difference in her, they support and encourage her. Her family has been instrumental in her success. They also changed the way they eat and now eat the same food that she does, making it easier for her to stay focused. Her mom used to fry a lot of foods prior to her starting the Live Light program. Now they eat more salads and whole breads.

Currently she weighs 158.3 pounds and her BMI is now 28.0. Tanisha wants to lose another 15 pounds. With all the work and commitment she has shown, she will be able to do it.

The Live Light team is really proud of her success. 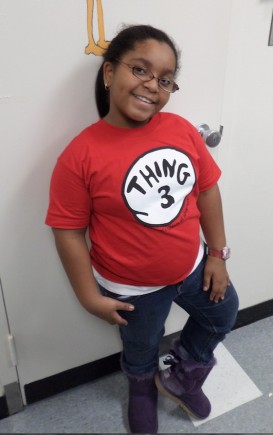 Almost two years ago, a mother and daughter set out on a journey to better health and well-being. At the time, Rushell did not like herself very much. She couldn’t fit into the clothes she wanted to wear. She had a hard time playing and exercising, feeling out of breath when she moved around. Her weight made her feel distant from other kids who didn’t share the same, frustrating experience.

Rushell’s mother was also going through her own struggles with weight. After she gave birth to her son, she was unable to lose the weight. At over 300 pounds, she was was burdened by all the things that came along with being morbidly obese. She couldn’t walk down the street or up stairs without becoming out of breath.

So together, mother and daughter decided to make a change. Rushell was referred to Live Light Live Right.  She started exercising with the program. At first, it was difficult to be in the program. She wasn’t used to moving around so much, nor to the feeling of exercising and having sore muscles. Then things started to change for Rushell. She started to feel energized, stronger, and the fatigue wasn’t as pronounced. She was able to wear some of the clothes that she had longed to wear. She lost 20 pounds. She started making friends. Pretty soon she was taking other exercise classes at the Y.

Rushell’s mother knew she needed to make changes in her own life as well. She decided that she would have bariatric surgery. Along with bariatric surgery, she incorporated daily exercise and eating healthy. It wasn’t an easy journey, but the journey was transformative. She lost 100 pounds, and her outlook on life has turned around completely.

Rushell’s mother wants to let all the families who are considering change to know that change isn’t easy, but the benefits are well worth the struggle. She encourages everyone to rejoice in the small changes, make changes as a family, and celebrate every step you take towards a healthy life.

At first, Steven didn’t want to go to the Live Light Live Right summer camp program. He was very stubborn and combative about the idea, his mom said. Before camp, his mom had difficulty explaining to him benefits of eating fruit, drinking water, and moving more.

But all that changed once he started camp. He has been exercising and has changed his eating habits completely. He now eats fruit, smaller portion sizes and hardly eats any junk food at all. He says that Miss Ebony and Miss Kim were very encouraging. They told him “no junk” and encouraged him to snack on granola bars and water. His mom says he has never consumed as much water as he does now! END_OF_DOCUMENT_TOKEN_TO_BE_REPLACED