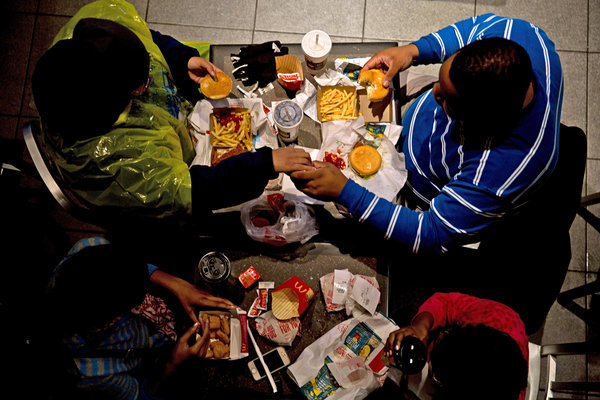 Obesity isn’t just about drinking too many Big Gulps. It’s also about poverty. Obesity rates are high everywhere, but in poor neighborhoods they’re even higher. In Brownsville, two out of every three children are obese or overweight, three times the national average. Hold that thought and think about Michael Bloomberg’s failed attempt to ban drinks like the Big Gulp. Perhaps if he had looked at obesity as a public health issue and not a problem of bad behavior, he would have won more support, according to an article in The New York Times.

People in poor neighborhoods are not only more likely to be overweight, they are also more likely to suffer from asthma, depression, gun violence and pests like roaches and mice. More than 20 percent of New Yorkers are poor, a number that hasn’t budged in a decade. Perhaps, the city’s obesity policies should address poverty as a way of addressing obesity. If a poor neighborhood were safer and the parks cleaner, perhaps children would feel more comfortable going out to play in the playground. If the grocery stores sold more (affordable) fresh fruits and vegetables, perhaps families would be able to cook healthier meals. Perhaps if there was less pollution in poor neighborhoods, asthma rates would be lower among children, freeing them to exercise more.

Can you think of one thing that could be improved in your neighborhood that would help you with weight loss?